Girl Gang? Sign Me Up. An Ode To Female Friendship In The Desert

When I was seven I wanted to be a Ghostbuster. Unsurprisingly, not many of my contemporaries were having any of it, much preferring to ponce around with their Sylvanian Families whilst I sat pondering the logistics of playing both Venkman and Spengler simultaneously. (I like a challenge). Imagine my delight, then, when they announced that they were rebooting it with a female cast of comedy geniuses, poised to take on New York in some of the best boiler suits ever seen on celluloid. The mud-slinging that has come since – this week seeing the release of the latest trailer – has been slightly heartbreaking, mostly because people are up in arms that they’ve dared to remake an 80s buddy movie using only girls. (Eugh, girls! Imagine!). 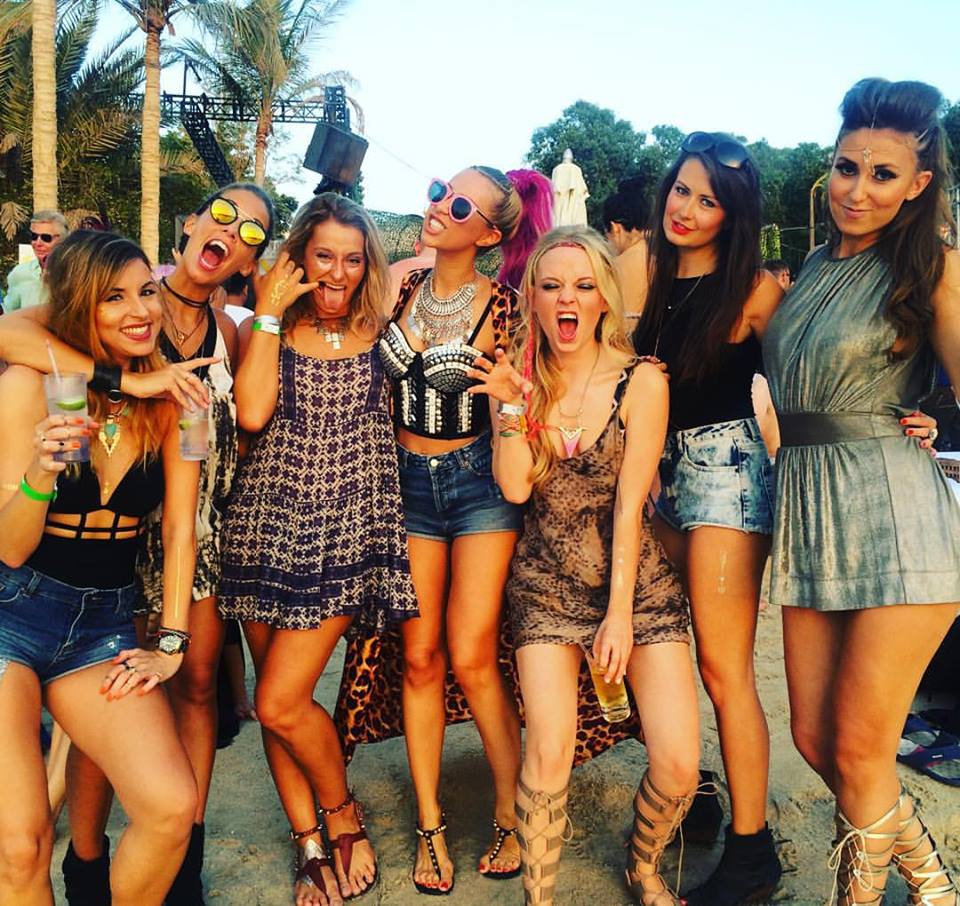 Now, I no longer harbour dreams of donning a Proton Pack, as handy as that may occasionally be, but I do think that life in Dubai can often feel like one big female buddy movie – and that I’ve come up against a fair bit of flak for how I’ve chosen to portray that to the outside world. “Ooh, you girls love a line-up, don’t you?”, I was once asked by a particularly sarcastic pal back in the UK, after I’d uploaded a picture of me and six girlfriends outside Frankie’s in JBR. “What’s happened to you?!”, another one Whatsapped me when I’d posted ‘These ones!’ and a hearts-for-eyes emoji on Instagram. “If you start hashtagging ‘squad goals’ you are dead to me, Phillips. Dead.”

Admittedly, it might not have been my most eloquent Insta-moment. And maybe it’s not very ‘cool’ to brag in such a shamelessly saccharine way. We’re British after all; it’s our job to be mostly underwhelmed. But I don’t care. I love my girl gang. I’m proud to have them, and to show them off, knowing that, without them, my life here would be significantly less emoji-filled – both literally and metaphorically. And in a town where few of us have our families or oldest friends to lean on, I cannot overstate the wonderful, life-affirming, crisis-averting importance of having them around.

Research backs it up, too. There’s been hundreds of studies done on the very real health benefits of female friendship, concluding that the time we spend together releases oxytocin – a depression and stress-killer which also makes you feel calm and warm. Combine that with many a free ladies’ night drink and it’s little wonder I feel the need to enthusiastically pepper everything with hearts. It’s science. In comparison to men, we’re more open with each other, more vulnerable, supporting the argument that it’s why we live longer. Sorry, lads. Jane Fonda put it perfectly in a TED talk she did last year with long-time friend Lily Tomlin, “Men’s friendships are side-by-side, whilst women’s are face-to-face,” she said. “I exist because I have my women friends.” I feel her. Especially because, prior to moving here, my life in London was vastly different.

Perhaps it was the longer office hours, or the dread of going out in the rain, but I found myself with a rather diminished crew; friends scattered all over the home counties, banished there by some kind of affordable-housing, Zone 18 Overlord. In comparison, we live in a country brimming with ex-pats (who, incidentally, all seem to live in the Marina), keen as mustard and all in the market for new friends. It also attracts a certain type of soul – social, adventurous, likeminded – that makes it easier to find a connection. When you’re putting roots down in a new city, that respite and emotional support you get from a strong group of female friends is vital. You need them not only for the belly laughs and the brunches, but for the homesickness and the heartbreaks. For the debates, the career advice, the sisterhood and the solidarity. We’re all in it together out here, all doing something pretty brave. There’s camaraderie in that, which may or may not come across in my pithy footnotes on Instagram. But next time I write ‘These ones’, smiley face, under a picture of my girl gang, you’ll know it’s shorthand for all of the above.